I added the Tiger Woods Magic Box Drill to the Golf Practice Planner today because it will train you to get into the magic box, which is the most important move in golf.

Overview
The Tiger Woods Magic Box Drill will train you to get into the magic box, which is the most important move in golf. The magic box move is what separates the pros from the amateurs! You’ll learn how to get your lower body to move like Tiger.

Step 1: Watch
Watch the video below.

The magic box represents the maximum range your left knee will move forward on the backswing (Tiger moves his left knee just over the toes of his left shoe).

Don’t get too caught up in having your left knee in exactly the same position as Tiger on the backswing. Just use the magic box as a checkpoint. The most important thing is what happens on the downswing. 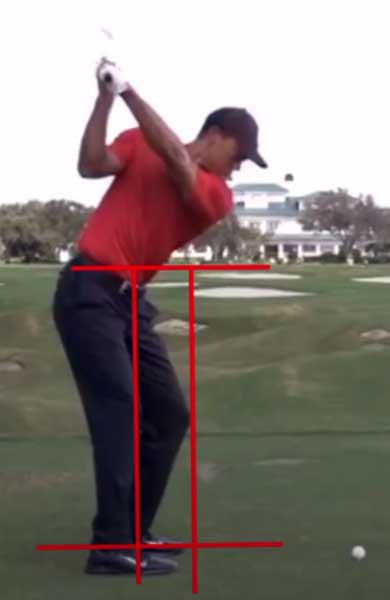 Step 3: Squat To Square Downswing Move
When the lead (trail) arm is parallel to the ground in the downswing Tiger is in the “squat to square” position (see image below).

The hips are back to “square” which is where they started at the address position, and there is definite squatting going on. Thus the name “squat to square”. Notice that the knees are perfectly in the centre of the magic box. That’s what you’ll want to check when filming your swing. You’ll almost certainly discover that your knees are nowhere near the centre of the magic box.

If your lower body is moving correctly and your knees are in the middle of the magic box, magic will happen with your swing. That’s why it’s called the “magic box” drill.

Step 4: Smart Practice
Visualise the “squat to square” position in your mind, and try to emulate the position in your swing. Begin with short shots and work up to longer shots. If practising at home, use a mirror.

If you liked this drill, you're going to love the Golf Drills Practice Planner. It has 500+ drills so you can practice smart, and take your game to the next level. Get 70% off today!

This post was lovingly morphed into reality by George. George is a scratch golfer, yoga teacher, and creator of the Golf Drills Practice Planner which has 500+ golf practice drills to choose from. Drills are the best way to train the body to move naturally and athletically.
← Tiger Woods Hip Move Drill: Pain Free Powerful GolfLoosen Arms Drill: Effortless Golf Swing → 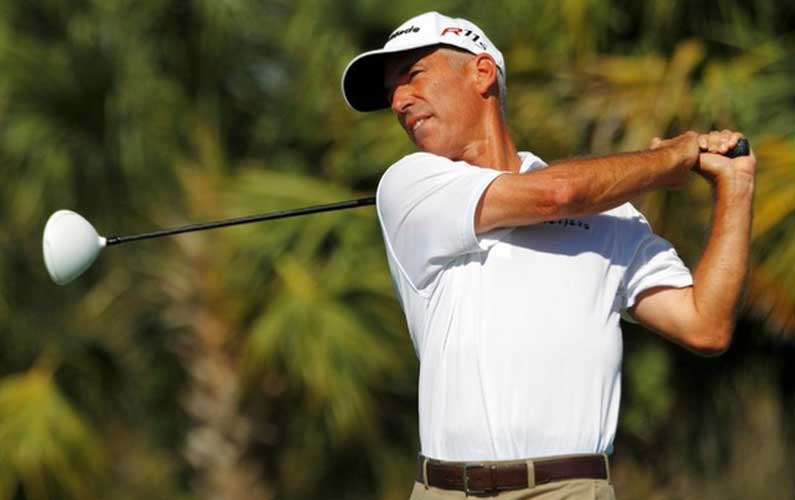 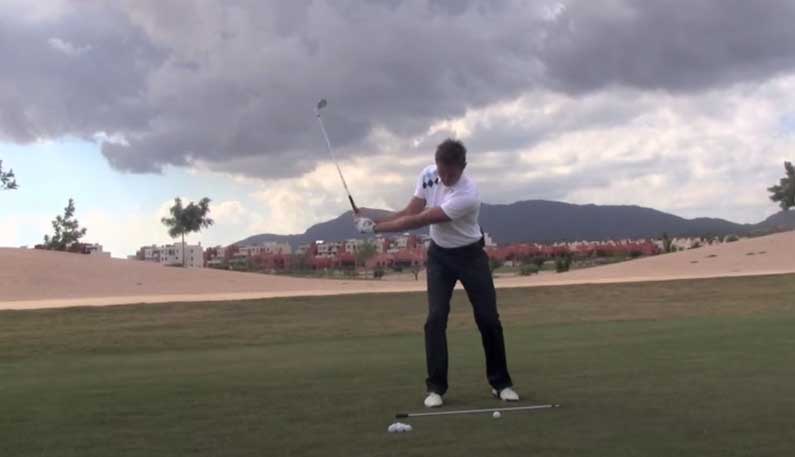 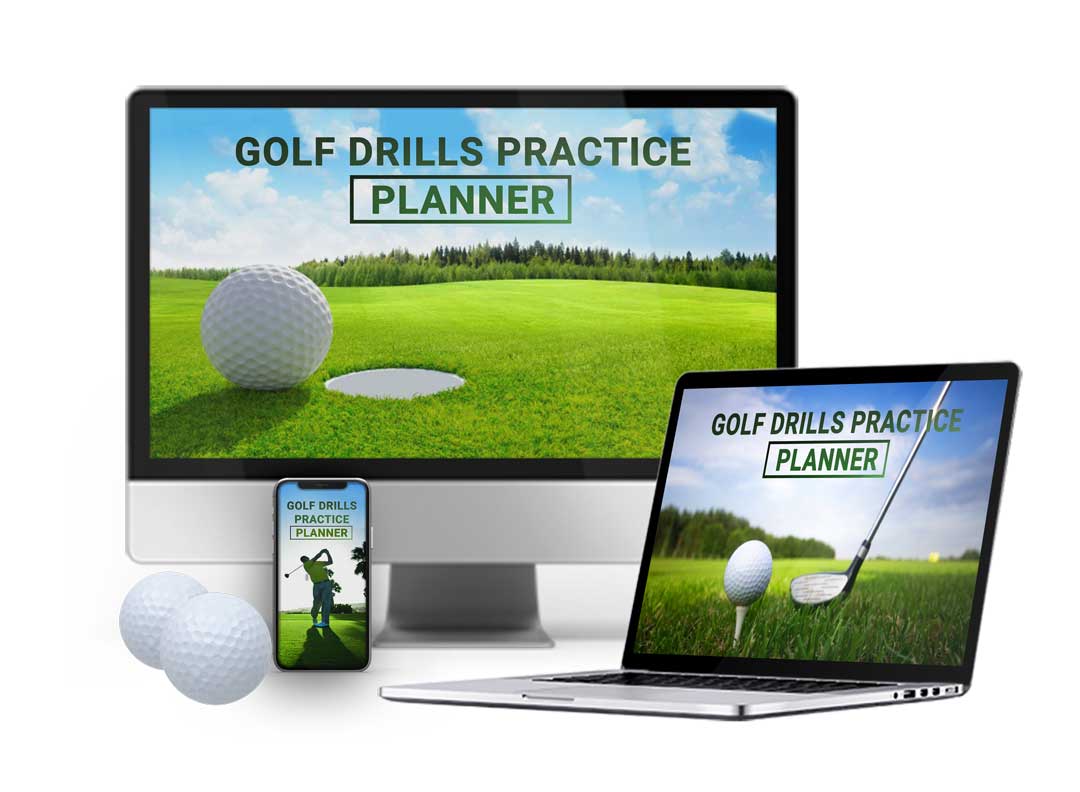 If you enjoy the free golf practice drills, you might like my Golf Drills Practice Planner. Get 82% off today! 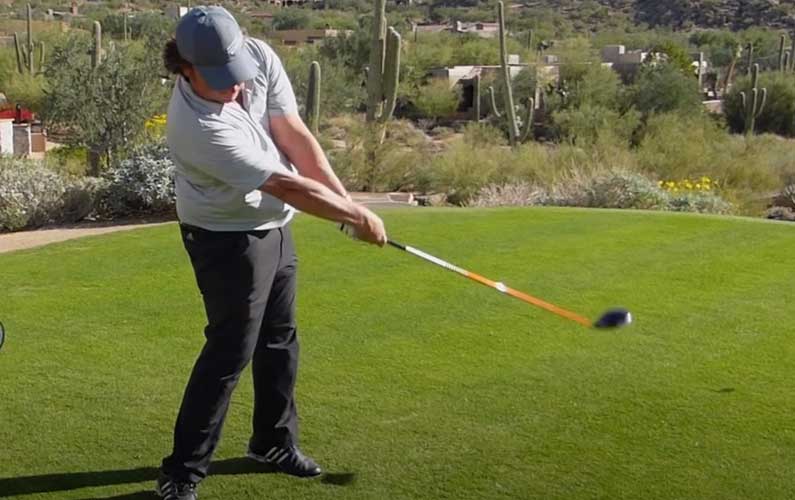 Chew The Fat Behind The Ball Drill 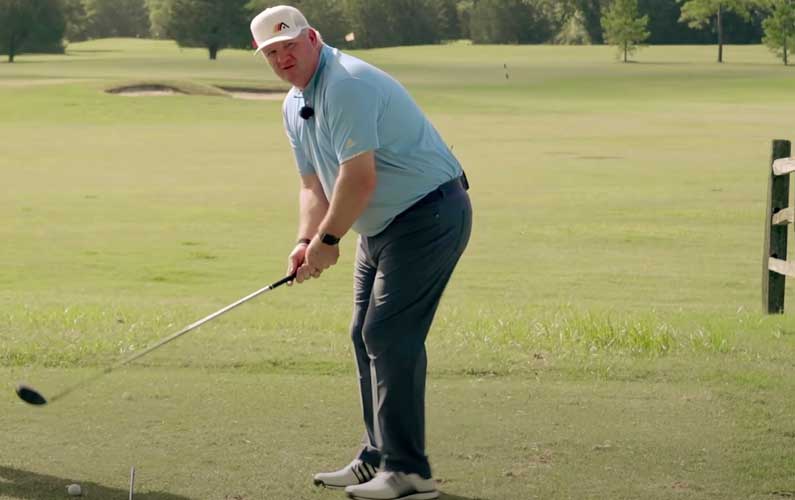 Stare At The Target Glance At The Ball Setup Drill